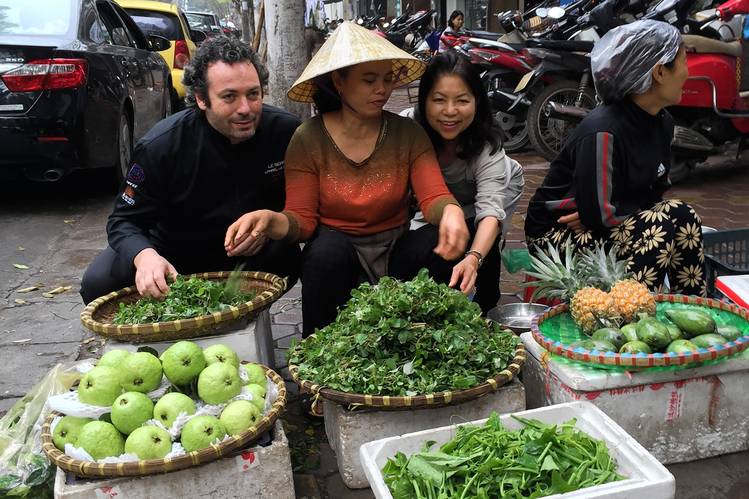 A wild, untamed one. Leaves, stalks, seeds, flowers—nothing goes to waste. While some cultures nibble delicately at the greenest shoots, the Vietnamese devour the whole lot.

But this is very French, too. That’s why Mr. Le Mancq, who owns the Michelin-starred restaurant Le Sérac in the French ski resort of Saint-Gervais-les-Bains, feels so at home as he prepares a fusion dinner for several dozen guests at the lakeside villa of Loan de Leo Foster, one of Hanoi’s most fashionable hostesses.

Ms. Loan Foster recently launched an upscale travel company, Journeys to the East—and Mr. Le Mancq is helping her to celebrate in style. My unexpected invitation while on a reporting trip brings back memories from almost 30 years ago when I’d attended the opening of Ms. Loan Foster’s Italian restaurant, Il Domani, in Taipei.

As he fills his shopping basket—bunches of wild asparagus (with roots and curly tendrils still attached) zucchini and coriander—Mr. Le Mancq explains why Vietnamese cuisine combines such crisp freshness with explosive flavor. Rich soil drenched in tropical rain “concentrates the taste.” The produce is rushed to the market on wicker baskets slung from bamboo carrying poles.

“It’s not industrialized,” he remarks approvingly.

There’s a touch of the monsoon in the evening’s menu, complemented by the milder French climate. A delicate white fish Chartreuse ceviche is followed by Hanoi spring rolls, bursting with radish and lotus root. As an entree, veal from France’s Aveyron region precedes roast crispy five-spice pigeon. The pairings are sublime. Foie gras readies the palate for chicken grilled with lemon grass. Calamari escabeche makes way for stuffed crabs steamed in ginger. 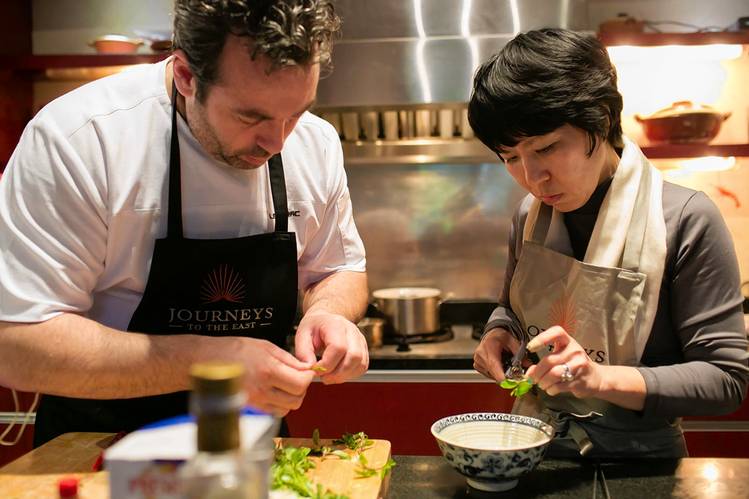 Mr. Le Mancq’s collaborator, Nguyen Thanh Van, the executive sous chef at the Hotel Metropole Hanoi, explains that Vietnam has always been open-minded about borrowing cuisine from the cultures it encountered, which is quite remarkable when you consider that those encounters—with France, but also China and Imperial Japan—were so often bloody and humiliating.

“Why not want to enrich the gastronomic culture of our country?” Ms. Van asks. In Vietnam, the suffering inflicted by the conquerors is largely forgotten while the culinary pleasures linger.

Ms. Loan Foster, our dinner hostess, personifies Hanoi’s cosmopolitan culture. Fluent in half a dozen languages, she offers her West Lake residence as a homestay for travelers looking for an East-meets-West adventure. From the placid lakeside where spear fishermen wade waist-deep in the early morning, she takes visitors on overnight trips to ethnic-minority villages (a van loaded with luxuries like soft mattresses, bedsheets and fine wine precedes them).

Her bright yellow villa is classically French, down to the ornate balustrades. Yet on the rooftop, Ms. Loan Foster has rebuilt a Chinese Mandarin-style ancestral hall with timber beams that she rescued from demolition. It’s here where pink Champagne and Atlantic oysters are served before dinner.

“The French presence is always present,” she says of Hanoi. “This is the only place in Asia with Parisian croissants and bread.”

Of course, Shanghainese—especially residents of the old French Quarter—might disagree, but her broader point is correct. Across the lake, its neon sign visible from Ms. Loan Foster’s front garden, is the celebrated Don’s bistro, owned by Montreal chef Donald G. Berger. He says: “Vietnamese is more French than any Asian cuisine.” 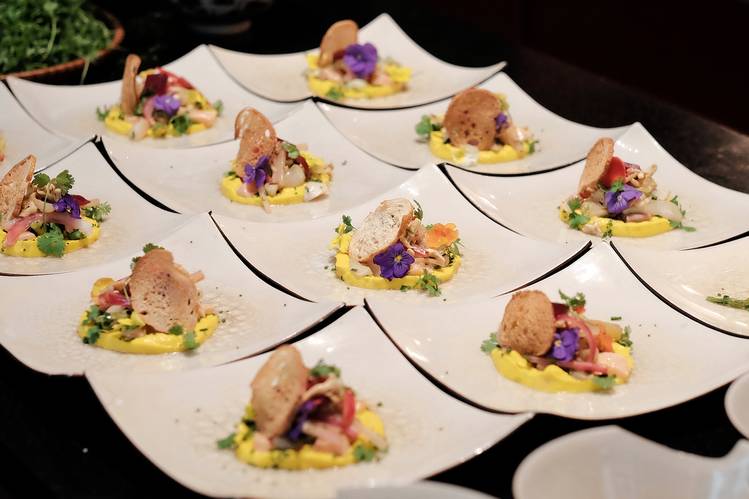 Ceviche of salmon marinated in kumquat, in a vinaigrette of young vegetables and topped with field flowers on a bed of delicate carrot aioli spiced with curcuma. Photo: PHOTO: Loan de Leo Foster

Mr. Berger has strolled over for the dinner, joining a handful of ambassadors, business executives and the Vietnamese novelist Phan Thanh Hao, who arrives with her movie-director son Nguyen Phan Quang Binh. Mr. Berger enthuses about the city’s banh mi baguette sandwiches, filled with barbecue pork and spicy scrambled eggs—a Vietnamese twist on the French snack of pâté and bread.

His own creations, naturally, are more elaborate. Take, for instance, salmon infused with lotus-blossom tea. The fish is cured overnight in brown sugar and sea salt, then dried for a day and cold-smoked with tea leaves. The dish is served with Caesar salad. 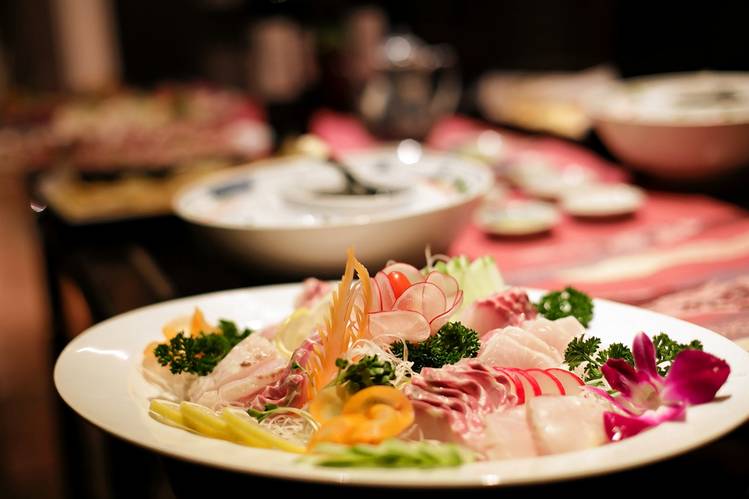 And here’s the magical beauty of Hanoi: The same kind of flowers that sprout in tubs outside Ho Chi Minh’s mausoleum, and along Trang Tien Street with its French colonial-era Hanoi Opera House and sidewalk badminton players, fetch up on your dinner plate in the evening—vivid nasturtiums and violets, but also banana and blueberry blossoms, and mustard florets.

A garden, indeed—light and airy. A Vietnamese chef will mainly steam, poach and barbecue. The preferred dressing for salads isn’t oil and vinegar but rather vinegar and sugar, known as gastrique.

Downtown, a restaurant that bills itself as Vietnam’s oldest—Cha Ca La Vong, founded in 1871—is also the most unpretentious. Its menu boasts one dish: fish.

Guests fry it themselves on gas burners at the tables with onions and, naturally, dill—great piles of green foliage, fragrant and garden-fresh.

Write to Andrew Browne at andrew.browne@wsj.com